Posted by whatwewantisfree at 3:28 PM No comments:

You've Got to Pay

This is the November issue, but it comes out in October, which is is the best month of the year, for autumnal reasons and also for the fact that it's my birthday month, plus Halloween (even though I never do anything for Halloween). 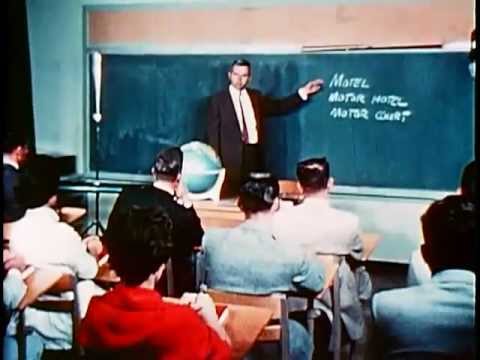 I am writing this at work, sitting upstairs at a bookstore in North Beach watching the chaos unfold, homeless guys screaming at each other about stolen skateboards, a terrible relentless busker playing the same Led Zeppelin song over and over again to the delight of a pack of gross jocks that make up most of the crowd that now hang out in this formerly bohemian neighborhood. I work the night shift, and cycle nearly nine miles each way to get to work, from the Ocean to the Bay, through the park and through some of the ritziest neighborhoods in San Francisco. At night, at one in the morning when I am bombing the hills towards home this town seems haunted and empty, spectral and desolate. There are an inordinate amount of men who go jogging at 1am, alone, huffing down suburban streets with headlamps, safe in the cocoon of male privilege that affords them the luxury of not thinking about whether that shadow is a rapist or a distorted tree... I have been attacked twice during this commute, once whilst riding my bike and once on the bus before I started riding my bike; for a while every trashcan looked like a potential monster, but now things are shifting back. I am still very aware of my surroundings, very aware that every car full of kids might stop and fuck with me, that those drunks might push me off my bike, that that fucked up raver who has stopped his car in the middle of the street to dance by himself like a windmill might do more than yell at me aggressively. I don't take chances or feel relaxed; I used to bomb the last hill, through the darkness of Golden Gate Park staring up at the stars through the trees or watching the fog creep in and slowly submerge everything around me. Not so much anymore. But last night I saw skunks, and a fox and the shadowy shapes of the bison in their pen, and not another human for the last five miles of my ride. Reading about other people my age and the struggle to get any sort of paying work makes me very aware of how good I have it, working full time at one of the best bookstores in the world with coworkers who I enjoy, for not very much money and with not the best hours ever. But I can make my rent and buy a record or two. Privilege.

I have been thinking about work a lot recently, especially after a year of being underemployed and barely getting by, and also since ceasing to coordinate MRR, which is a more than full time job. But a job that gives you a sense of security in that you're working from home, the MRR compound, and in exchange for your labor you don't have to pay rent or bills. I mean that sense of security is undermined somewhat by the stressful nature of the job, and the stressful nature of the job is undermined by the fun and good times that running the best international punk magazine provides. (In fact, you should write to mrr@maximumrocknroll.com and ask for a coordinator application if you are a detail orientated punk music maniac who loves to write! Seriously dooo it! You get to pick what runs in this very magazine you are holding and live in San Francisco rent free!!) One of the things I have been doing since I quit the magazine is helping Bikini Kill with their reissue project. You may have heard that Bikini Kill started their own record label in order to reissue all of the BK records and some rare unreleased recordings too, plus Frumpies and Casual Dots too... It was cool to do something as radical and exciting as this and get paid for it. The endless paradox of working bottom rung shitty jobs because you don't want to be somebody's secretary, or shill for some corporation, and just writing for kicks and out of desperation... Then getting paid to write about something so important to your existence as a revolutionary girl punk youth. Maybe there's some sort of future in words? Well, maybe only if I move to a town where the rent isn't a mess of pottage. You will see the fruits of my labors in a month or so when the first EP comes out. It was really exciting to be a part of something as monumental as this; Bikini Kill were my generation's Minor Threat, a band that shaped and shifted the culture and made so many realize that they could do it too. Including a teenage me! There are so many more women and queers playing music now, 25 years later. It's so cool, every month there is a new band or three to freak out about in different parts of the world that send in their tape or record to Maximum or who I hear about on some social network site. I bet if you read the archives of my column-blog thing you would see I extol the virtues of a band or two every month that were formed by bored and/or adventurous ladies. (whatwewantisfree.blogspot.com!) Watching the Hysterics and then Weird TV whilst those bands were on tour were total inspiration forces, and the Honeysuck 7" I got for review this month too! There are secret girl histories all over the place, and new ones being created as I type! When I am toiling at the counter at work I frequently discover crazy girl bands that only had a tape in 1982, like Bona Dish-discovered via the 433rpm blog and listened to on youtube whilst serving the tourists of North Beach their Beatnik History Digests! Also reading the comments on the Termites "Tell Me" youtube page leading to the discovery that they have another amazing 7", that they were Walthamstow mod girls, and not just faceless girlgroupettes from a Girls in the Garage comp! So much more where that came from.
At any rate, one of the things that I said when I wanted to stop coordinating the mag was that I was going to start playing music again; well reader, I did. I am in a band with a Frumpie and an Awesome, we are long distance style right now but I think in the future it will be telepathic... We have songs after a week of skating and late night practice sessions. Here is a top ten of those times:
1: Skate for fun or not at all, with Frankenstein in the car park of the Northern. Super 8 footage was shot, so watch your local underground movie pavilion cuz we are taking over. We don't skate parks, we skate old school style, parking lots and curbs...

2: Puyallup Fair, which get its own sub top ten 1) the ponies and bunnies 2) Marissa ate deep fried butter, she is a true soldier for snax and the revolution 3) the wood butcher art of a life size baby bear taking a dump on a life size wooden toilet 4) the  rollercoasters 5)the '60s mod rocker aerial sky ride across the carnival 6) the high school alienation disaffection art competition 7) the crazy hypnotist lady performance, total audience domination until she started getting all homophobic / state fair hypnotist hypnotize this 8) it was half price ride day and there were no lines 9) the skateboarding bird 10) fair food

3: Playing music with Tobi and Marissa, the best, Marissa is a shredder, Tobi one of the best drummers ever, new excitement sounds for late night writing lifestyles
4: Watching Sir Drone, one of the best movies in the history of time. Mike Kelley RIP for real. If anyone has a copy of this they can dub for me I would be so stoked. This is one of the best movies I have ever seen, true comic genius, the essence of punk, the youth movement for all ages. 5: Seeing Henry Rollins and Henri Riot in one night, (or I should say, Mo Henry Rollins, FREE PUSSY RIOT) hanging out on the bench and lurking as he lectured the kids after the show about Chuck Biscuits' dual chocolate milk and booze chugging and drumming style, '82 demos / you're fired! Why pay to hear him speak when you can lurk the outside the tour bus after party for free.
6: Chain and the Gang and Spider and the Webs and Grass Widow and Neonates and Permanent Ruin and Crude Thought and Gag live... We missed Milk Music, band practice took precedence, but apparently it was gonna be the last Olympia show in a while so I am sure it was epic. Olympia is for real a 24 hour society, five shows a night, constant action, all night diner, girls skating in the streets, everyone is in five bands, band practice at the deli, shows at the all ages art space or the pizzeria, or the printmaking studio, abandoned puppies rescued by sympathetic bar tenders, mo henry.
7) Suzuki Bean book (google it! beat-sploitation for kids!)
8) Watching the seals lunge at the salmon
9) Jean Smith Pussy Riot paintings...
10) Lakeside walks and mod memorial book readings

OK start a band, write a zine, email me layla at maximumrocknroll.com

Posted by whatwewantisfree at 10:22 AM No comments:

Although I don't write a regular column anymore and haven't really since 2012, this blog is a collection of all of my old columns for Maximum Rocknroll magazine. They are unedited versions so might not be exactly the way you may have read them in the actual issue. There are other things on here too! I am working on compiling some of this writing into some sort of a book/zine thing, and am also working on a new fanzine. You can still write me at this email if you want to: layla at maximumrocknroll dot com